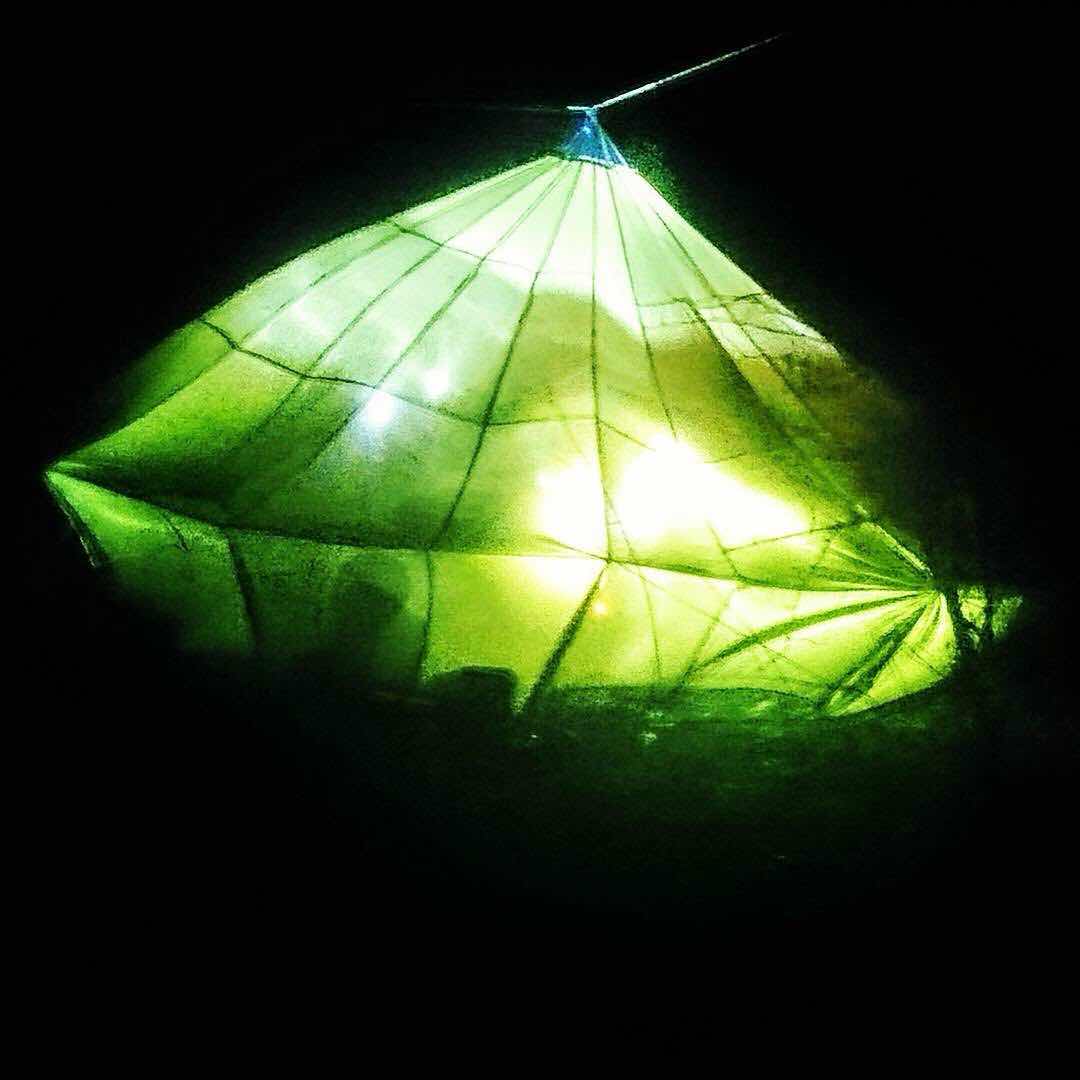 At the beginning of February this year I drove down the A303 towards Dorset here in the UK in ever worsening weather conditions.

My good friend Fraser Christian of Coastal Survival had organised a meet up of some of the guys who help him out at various events throughout the year. By the time I got to his village the weather had deteriorated to storm conditions.

The pictures below show his parachute getting a right battering and even later on in the shelter of the parachute the airflow really helped shoot the flames of the fire up.

Before going to up to Fraser’s woodland location I met some of the the guys – Fraser, Steve, Si, Danny and Nick in the local pub to have a few beers (and to dry off from the drenching I got from walking from the car park to the pub).

Even though the weather conditions were still extremely poor when we got to Fraser’s woodland site we soon made ourselves comfortable. The food and mulled cider were soon on and I even managed to get a picture of the parachute looking like some sort of downed UFO.

We were joined later in the evening by Tom who is one of the other Coastal Survival instructors. He had cycled his way through the storm to get to us but seemed happy to be out there in the wild conditions (I think that it is a pre-requisite of any outdoors pursuit instructor to show they can be comfortable outdoors whatever the weather throws at them).

Due to the high winds the flames of the fire kept shooting up, so as usual I had my camera out grabbing some shots of fire faces and figures in the flames. If you look closely you will see a few faces. I can also see a deer and a water buffalo in the left hand picture below.

We spent the evening listening to the wind, catching up on the year gone by and planning trips for the coming months. Around about 10pm the wind dropped sufficiently I felt it safe enough to venture out and put my own hammock and tarp up.

I slept for a full ten hours that night and woke the next morning feeling calm and refreshed. The guys already had the kettle on the go so all I needed to do was fill my cup and wait for my breakfast from Fraser.

One thing about working with Fraser is that you never go hungry and I will never get in the way of an expert chef wanting to cook me breakfast :-).

As part of our bed and board for the night we agreed to get out and collect some of the brash wood Fraser had stored around his woodland to replace the wood we had used the night before.

We said goodbye to Tom at this stage before stringing up the brash wood to take back to camp.

Once the chores were done I set off on my own to see what flora and fauna were about that morning. Little Tinker always makes for a great shot but I soon found an excellent badger print in the damp ground.

I spooked a deer on my travels through the wood but managed to get one decent long range shot of her as she ran across a field.

Even though this was early February there was a dash of colour about with the plants.

The teasel was looking particularly majestic with new seeds sprouting  within the previous years seed head. I spotted a number of primroses for the first time this year at Fraser’s and the lesser celandines were  sunning themselves nicely.

Finally I spotted an elder tree covered in some lovely looking jelly fungus.

Thanks to Fraser for hosting us for the weekend and the rest of the guys for being such good company.