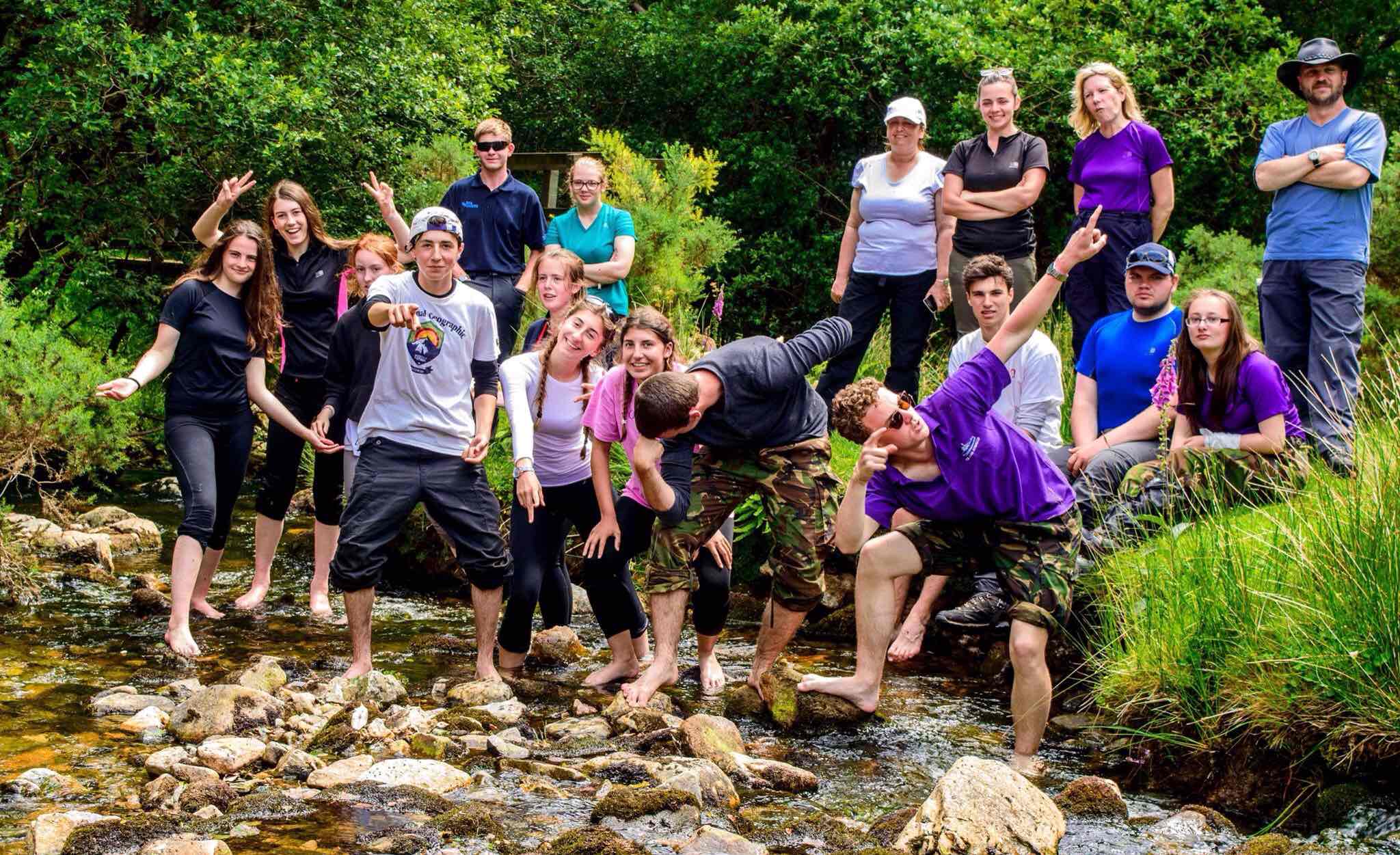 Adventuring is hard work – but it should also be fun.

The beginning of July found me down on Dartmoor with Sea and Royal Marines Cadets and staff doing a spot of training in preparation for their assessed Duke of Edinburgh (DofE) expedition in October.

The cadets and staff were from a number of different units in the London and Southern areas. We set up camp initially at the Tavistock Camping and Caravanning site just outside of Tavistock. This is a well catered-for site located on the edges of the Dartmoor National Park – I even managed to set up my hammock here (always a bonus on Dartmoor, where the trees are few and far between).

Time was spent planning and preparing for the first day out on the moor before setting off on an intensive training session the next day.

Joining us were a number of trainee Basic Expedition Leaders (BEL) so there was plenty of adult cover. We had three teams on this expedition, two undertaking their Gold award and one their Silver.

At least one fully qualified and one trainee BEL instructor were assigned to each team on this first day. The teams spent the day learning the art of navigation and group management around the heights of Cox Tor, Barn Hill, Great Staple Tor and Great Mis Tor to the East of Tavistock.

I spent my time wandering the moor keeping an eye on the different teams and meeting up with them from time to time.

Even though the cadets and staff were only on their training expedition they were expected to navigate the moor without having a trained instructor present. At this stage in their development our job as DofE Leaders and trainers is to step back and keep a close eye on them through ‘Remote Supervision’ – which basically means to keep a good eye on them from afar and meet them from time to time at pre-arranged check points.

Below you can see the three teams with some of the instructors who were keeping a close eye on them. The bottom two teams were training for Gold and the top team for Silver.

They had full packs for the next few nights and were soon off and away. The observers keeping an eye on them were Lee, Dave, Jess, Carol and Donna.

While the teams were on the Moor with their observing staff I helped de-camp and move the staff tents to a new campsite in Princetown.

We camped at the site behind the Plume of Feathers pub (thankfully again there was a spot to set up my hammock.

We met the teams as they came through Princetown and they all seemed in good spirits. It was a hot day and we made sure there was plenty of water available at checkpoints. Their final campsite was in amongst a herd of cows – I think it was quite a new experience for some of them.

The Day 2 route was from Nun’s Cross Farm to West Stoke Farm campsite (via Naker’s Hill and Holne Ridge).

The teams and observational staff (Alan, Carol, Lee, Dave and Jess) were off early so I went for a wander up onto Holne Ridge with fellow instructors John, Sarah and Donna. Both Sarah and Donna are hoping to become qualified BEL instructors so we spent a lot of time doing map and compass work.

Along the way I introduced them to the delights of cleaning their hands in sphagnum moss and Donna even managed to find a whole bog full of the stuff to herself – she dried off soon enough :-).

Once onto the high moors we joined up with some of the other staff and kept an eye on the teams moving across the moors.

As the day was clear the trainee BEL candidates could really get to grips with their mapwork and Dave got the cracking ‘selfie’ below of us all sitting and observing at our meet up point.

Everyone was tired at the end of day 2 (cadets and staff alike) and after preparing their routes for the next day they got their food on the go and had a well earned rest that evening. Chris made sure that the team leaders had their route planned out well so they could brief their team members.

The Day 3 route was from West Stoke Farm to Scorriton (via Chalk Ford and Pupers Hill). As this was our last day and we needed to get back home everyone was up and away by 8am.

I went with a number of staff to the end point at Scorriton and headed off with Jess. Carol and Donna up onto the Moor to meet the observers. The observers, Dave and Chris, had good visibility so were able to keep me informed by radio of the teams’ locations all the time.

As there was no need for everyone to climb up onto the moors I left Jess, Carol and Donna by a stream crossing that the teams would have to pass and set off up Pupers Hill to meet the teams.

Soon everyone was down off the moor and relaxing by the stream where I got some great shots of everyone. After a good rest we headed off but could not resist a quick climb into this magnificent tree (well, Dave and Jess couldn’t resist it). Based on the amount of moss and lichens on the tree you can begin to appreciate just how wet this area can be.

This was a hard week with misty mornings and hot afternoons. Everyone worked well and really developed themselves so that their assessment expedition in October will be a success.

We did though as you can see below have some laughs along the way. Adventuring is hard work – but it should also be fun.

I am looking forward to working with everyone again in October when we will be running the assessed expedition on the Brecon Beacons.