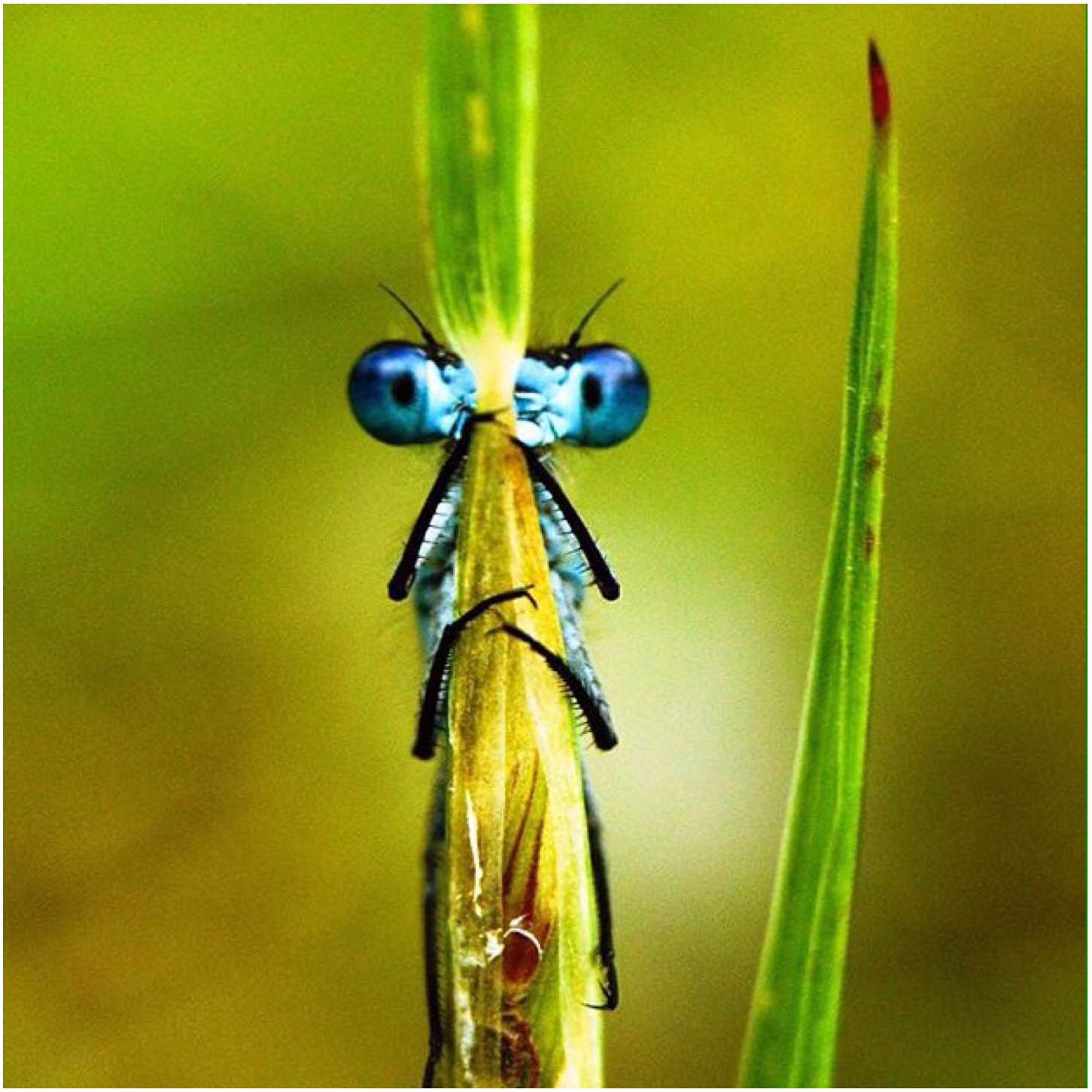 This year I have had real fun trying to capture just a little bit of the nature I see around me when out and about on my adventures. I have had a look through some of the nature pictures I have taken this year selected the ones I have fond memories off.

I went to the Brecon Beacons in the Spring with a few of my friends from Crisis and while walking along the banks of the Afon Mellte river near Ystradfellte I was struck by all the spring flowers emerging but it was something else that really caught my eye.

I initially walked passed these emerging Fern Fiddleheads. I stopped myself as I realised that they would make for a cracking shot if I got down low. I am glad I went back as they are quite magical looking when you get down low (I did have some passers-by step around me as I lay in the path).

I often take a bimble around my village photographing wild flowers and rarely do I pay much attention to the mass of wheat being grown in all the fields.

I was though stopped in my tracks by this dainty little picture. It was not until I got the picture up on the computer did I realise how beautiful it would look. These are two pieces of nature that you would not normally pay the slightest bit of attention to however when they come together they end up looking like a painting.

I have dabbled a bit in Black and White photography this year and felt that this shot of some Cotton Grass lent well to that style.

I was really struggling to find some interesting shots while up in the Lake District this year and so ended up lying face down in a bog to get this shot. Well worth it though in my opinion.

I really love to explore the art of Macro photography and have now got a couple of tripods and lens to help me with this.

While in France on a wet morning I was walking with my friends Simon and Rick and came across these Damson Berries. Problem was I did not bring my tripod along with me. I must of taken about 50 pictures of this berry and this was the only one that was properly in focus.

A real fluke but one I am glad I persevered with.

We had a busy time running a Basic Expedition Leadership course for Sea Cadet instructors this year. While waiting for them to appear out of the woods on a navigation exercise I decided to try out an experiment.

I positioned myself by a fallen log and focussed on some fungus on the log. As the guys passed by I took the shot and I think I can say the experiment worked pretty well.

I cannot remember where I took this picture but I do remember seeing this little guy perched on the upturned tip of a succulent leaf. I took the shot as I could make out through the lens that his legs were resting not on the leaf but on the hairs protruding from it.

I sat watching him for about 5 minutes and he did not move once – it was as if he was on some sort of guard duty.

For some reason this year spiders webs have been out in force. While in the Ashdown Forest my friend Charlie spotted this amazing web that was strung between two trees. The trees were about 20 feet apart and when photographed from an angle a rainbow appeared in it.

I did not see this at the time of taking the picture but had it pointed out to me by my wife Alison and my friend Eleanor. Kind of took me back a bit as I did not see it at all – maybe it is just a camera thing.

My daughter spotted this little Dragonfly resting up at our local Church when I was running a Bushcraft stand at the church open day.

She came running up to tell me but I was teaching bowdrill and had to tell her to wait. I thought he would have been gone by the time I walked over but thankfully he was still there. Looking closely I could see why – he was sitting comfortably on a little downy bed sunning himself.

This is another one of these pictures that you take and only realise something was happening afterwards. It was taken in Southern France on an unidentified flower. I had spotted the small spider but that was all.

Later when processing the picture in Lightroom I saw that he had caught and immobilised a small wasp. I wish I had spent more time watching what was going on but at least the spider got his lunch.

This has to be my favourite nature picture of the year. It was taken by the banks of Coniston Water in the Lake District while assessing a Gold DofE Expedition.

I was waiting for the teams to appear at a check point when I started stalking Damselflies – probably looked a bit of an idiot ;-). I used my extension rings to get a bit closer and this little chap was not fazed by me at all (unlike most of the others who soon flew off).

Thats it for my nature memories so I will finish up with this rather nice sunset taken off Kings Standing in the Ashdown Forest. I have really enjoyed capturing nature images over the year and will no doubt be out and about looking for more beautiful and unusual images next year.

My last post in this series will be on the Memorable Moments I have had in the last year in the world of Bushcraft.