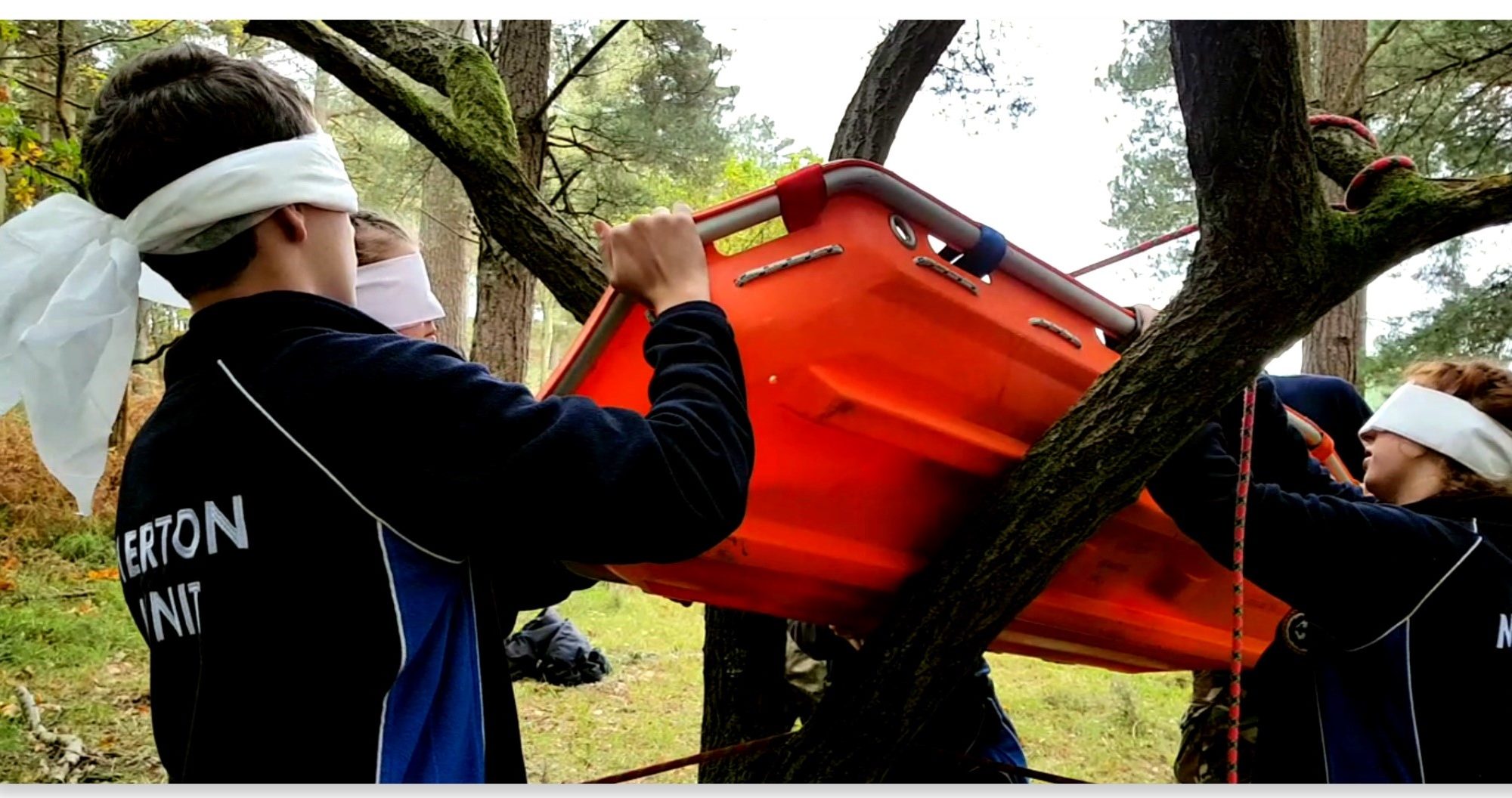 Catch up time again – this post is the one I think that caused me to stop blogging for a bit last year – just too much to capture and show I thought. As you can see I have finally gotten off my backside and written it up.

Chosin is the is the one cup any Sea or Royal Marines cadet who does adventure training in the London Area wants to win. It is a tough weekend where all their skills are tested.

Our new Area Staff Officer Ben McDonald managed to get the training area around Pirbright Ranges booked (they were not in operation thankfully) for a weekend in late September last year. We found a great little woodland to set up the staff camp and an open field for the cadets to use on the Friday night.

The Friday is always a hectic one with setting up camp, sorting the teams out as they arrive and planning for the Saturday and Sunday events.

I took a fair bit of video on this weekend so have made up a number of short videos for the post (hence the delay in writing this up). This post will focus on the Friday and Saturday only with a further one with the Sunday Shenanigans.

Saturday morning got off to a quick start with some staff heading out to check points and some to act as a roving assessment team. I was part of this roving team and had along with me Sharon Selby and Kim Pybus. Sharon and Kim were under training for their Basic Expedition Leaders qualification (now known as the Lowland Expedition Leader Award) and they were using the weekend to help hone their navigation skills.

My fellow colleagues Dave Lewis and Dan Keefe each had a team of trainee instructors as well to take out making for one of the best staffed Chosin Cups I can remember.

Sharon and Kim were soon off navigating and I kept a discreet distance away most of the time. We were hunting the cadet teams that had headed out earlier however they bumped into Dan’s team where one of his trainees – Gary 🙂 put a seed of doubt into their minds as to their location. Needless to say this caused a moment of two of Faffing to happen but they soon got on with things again. They did get their revenge later when we bumped into them again :-).

It was not all study on the day – Kim and Sharon are a little bit mad but great fun to be with – that is what makes them great instructors.

The teams were set tasks along the way and we came across units having their team work assessed at the First Aid stand. Not the usual First Aid but a blind fold carry through the woods – a lot more difficult than it looks – only one team member could see and they were not allowed to touch the other team members in any way.

Another stance was about communications. Instructions were given to a runner behind a tarp, the runner had to pass the info to the others who had to then navigate through a pretend minefield. Their were plenty of other stances including erecting an antennae in a tree and a navigation quiz. 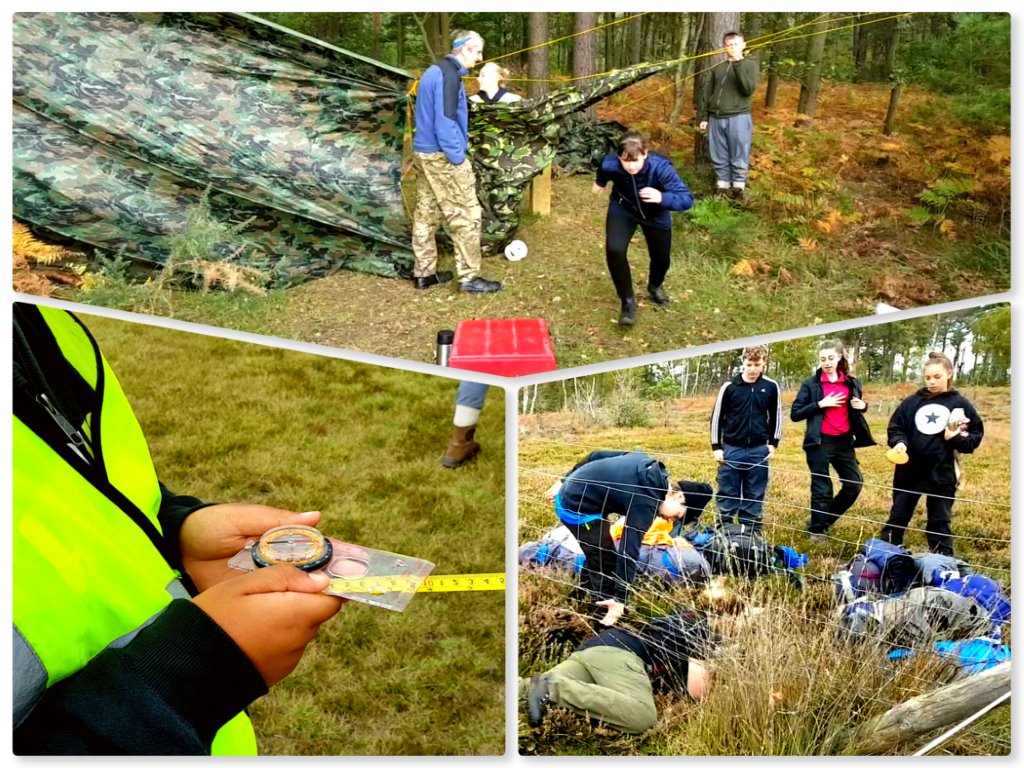 Along the way I did come across some intriguing spots, including checkpoint markers (hope the Paras won), a Pine with its inner trunk burnt out, beautiful Welsh Love Spoons carved by Phil Dent and some great skies.

Looking back on my videos there were some more silly scenes apart from Sharon and Kim.

Once the teams had finished the navigation for the day they had to set up camp and cook a meal from the food they had brought and present it for inspections. Paul Townsend and Graham Brockwell volunteered for this duty – brave men 🙂

Did not get to try out the delights myself however they did manage to stagger away from the tasting session and live to tell the tale.

The cadets thought that was it for the night but they were told to strike camp in the pitch black and pouring rain, then given some co-ordinates to head for (with all their kit). Thus involved having to scramble down a steep slope using descending gear and navigating from point to point in the darkness and rain.

This did not take long and after a debriefing they soon had their tents up and got their heads down ready for a busy Sunday the next day.